For 25 years, Arts Orange County has worked behind the scenes of our diverse and vibrant arts and cultural communities to help arts organizations and individual artists thrive.

When you join the arts council as a member, you are making a direct investment in the creative ecology of Orange County.

Membership support helps us forge innovative and effective collaborations, grow informed and active audiences and ensure that the arts are seen as essential to the emotional, physical, and economic well-being of our region.

You can always contact Karen Ahola with any questions about Membership. E-mail her at kahola@artsoc.org. 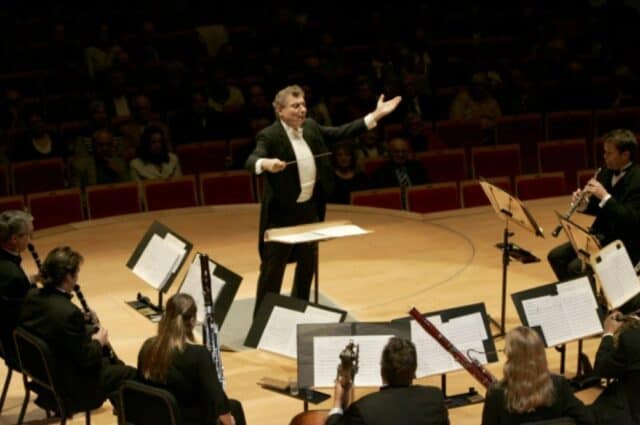 The Mozart Classical Orchestra was founded by Music Director and Conductor Ami Porat on Mozart’s birthday anniversary on January 27, 1980. In the years since, they have received critical acclaim from both the press, including the Los Angeles Times and Orange County Register, and their loyal audience, alike.

Porat received degrees from the Rubin Academy in Tel Aviv, USC and Julliard. He has played in orchestras throughout the United States, Europe and South America, and conducted his own chamber group in New York City.

The Mozart Classical Orchestra has performed in the Segerstrom Center for the Arts and Irvine Barclay Theatre. They also spent 16 seasons performing in Newport Beach. Their current home is the Artists Theatre in Laguna Beach.

The group’s upcoming concert takes place on Sunday, January 22 at 3:00 p.m., and features violinist Isabella Lippi, who made her public debut with the Chicago Symphony Orchestra at the age of 10. Currently the Concertmaster of the Elgin Symphony Orchestra, Lippi has been called “a standout, even among virtuosos.”